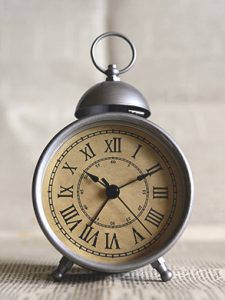 As I drove by Elizabeth High School this morning, it occurred to me that it’s been 50 years since I had been in high school. In an instant, I was a teenager again, so insecure and yet so full of ego and selfishness. And I remembered the rights of passage – freshman year (the newbie), sophomore year (at least I’m not the newbie anymore), junior year (only two more years to go and I’m free!), senior year (at last, my whole life is ahead of me!).

Fast forward (at warp speed), and I’m now 65 years old. And it also occurred to me that I, suddenly, have far fewer years ahead of me than behind me. Where did the time go?

I love the Star Trek series and its countless spinoffs; I even named Kaylar after my favorite Klingon! However, I disagree with its fundamental premise. You see, I don’t think that Space is the final frontier. I think it’s Time and how we experience it.

In “Navigating 2012: Thriving in Earth’s New Age,” Michael R. Smith said, “Time is an illusion and does not exist in realms other than the earth.”

We all know how what can seem like a blink of an eye to one person can also seem like an eternity to another. A simple example is this: One of my colleagues just got a puppy. Between the sleepless nights of puppy whining, the countless trips outside waiting for puppy to pee, the seemingly endless number of times he has to scold puppy for not chewing, nipping, peeing on the floor, whining, or crying in a single day – every day can seem endless. And then, suddenly, the puppy is six months old and there’s a light at the end of the tunnel.

I love puppies, and my colleague’s puppy is absolutely adorable. And while I remember, sometimes in excruciating detail, how L-O-N-G that first year was with Kaylar, my experience of the same amount of time passing – “wow, your puppy is already six months go? Where did the time go?” – is definitely not the same experience as that of my colleague – “that was the longest six months of my life!”

In “The Sense of an Ending,” Julian Barnes said this: “I remember a period in late adolescence when my mind would make itself drunk with images of adventurousness. This is how it will be when I grow up. I shall go there, do this, discover that, love her, and then her, and her and her. I shall live as people in novels live and have lived. Which ones I was not sure, only that passion and danger, ecstasy and despair (but then more ecstasy) would be in attendance. However . . . . who said that thing about “the littleness of life that art exaggerates”? There was a moment in my late twenties when I admitted that my adventurousness had long since petered out. I would never do those things that adolescence dreamt about. Instead, I mowed my lawn, I took holidays, I had my life. But time  . . . how time first grounds us and then confounds us. We thought we were being mature when we were only being safe. We imagined we were being responsible but were only being cowardly. What we called realism turned out to be a way of avoiding things rather than facing them. Time . . .  give us enough time and our best-supported decisions will seem wobbly, our certainties whimsical.

So, even at 65, I don’t have any profound thoughts yet on how to experience time. I guess, in time, maybe I’ll figure it out!